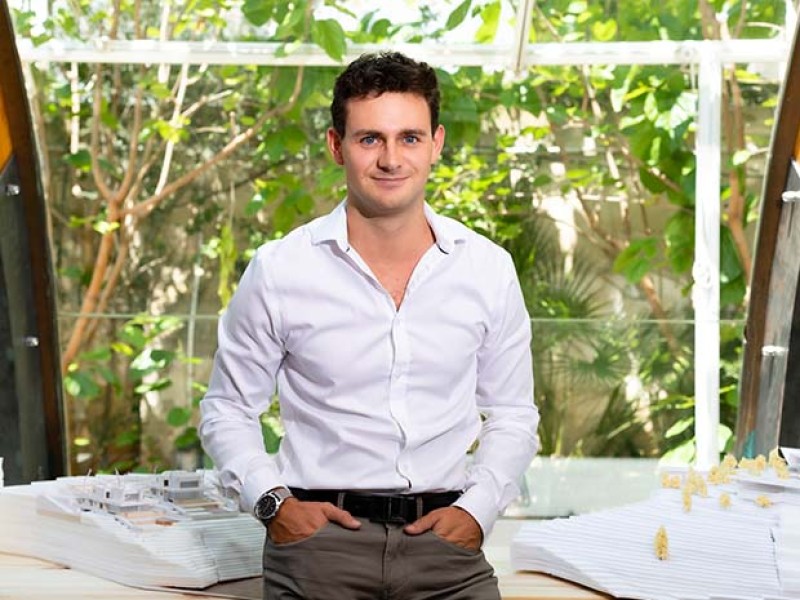 Mikolaj Zajda is an Architect and Associate AIA member of American Institute of Architects. In 2018 he graduated Architecture and Urban Planning with a Master and Bachelor Engineer degrees at Poznan University of Technology, provided in English.

He started his international career at his first internship in 2014, after 2nd year of college, at GRAS Arquitectos in Palma de Mallorca. The year later, he went for 3 months to ZZDP Architecten in Amsterdam, where he was designing retail and office buildings including renovations. After few months of working in Poland, he was offered a position of an Assistant Designer at internationally known firm, MVRDV and moved to Rotterdam for 6 months. He was a part of many competitions and projects, including ‘Westerpark West’ in Amsterdam. A year later, he got in for his first internship outside Europe, at world-famous office of starchitect Helmut Jahn, in Chicago. 3 months later, he participated in Erasmus+ exchange during his Master cycle at Universitat Politècnica de València in Spain.

When came back, he graduated with a design of Downtown ANDERSIA project, a mix-used of residential, office, hotel, retail, recreational and commercial high-rise design in Poznan, Poland. It was published in 6 Polish architectural magazines and won the award for the best graduation project in Poland by Architektura & Biznes magazine. Shortly after, he moved back to JAHN for a full-time Architect position in Chicago, where he took part in numerous projects within residential, office and retail skyscrapers, including schematic design, design development and construction drawings phases of 832 feet high ‘1000M’ tower in Chicago, ‘iCity’ office complex in Moscow and renovation of MesseTurm tower in Frankfurt, Germany.

In November 2019, he joined the place, where it all started, which is GRAS Reynes Arquitectos at Palma de Mallorca. He participates in all the phases of the bigger projects of the office as well as architectural competitions.