A PROJECT WITH HISTORY

GRAS Reynés Arquitectos team, together with archaeologist Jordi Hernandez-Gasch, have confirmed the existence of several Roman archaeological remains within the plot of the new multi-family project of the studio, Pont i Vic.

During the next few months, the pieces will be analysed in depth by the group of specialists, although in a first analysis, the technicians believe that they may belong to the period between the 1st century B.C. and the 1st century A.D. The archaeological ruins have been found in two excavations carried out last October. These remains have been found in the basement of the Pont i Vic building, in the form of vessels, polychrome ceramic pieces, the remains of a small sculpture made of wild boar bone and even part of the old Roman wall of the city of Palma de Mallorca.

The Pont i Vic building is more than 4 centuries old and was built by the Morei family at the beginning of the 16th century. The lord of s'Estorell acquired it, keeping the building until 1811 as Posada de s'Estorell.

Based on a medieval design, from the sixteenth century onwards, the s'Estorell family added exquisite Renaissance features with renovations of the jambs and lintels of the windows. Afterwards, successive reforms were carried out until its sale at the end of the 20th century.

Throughout its history, its owners have provided the building with continuous preservation and restoration of its interior areas, making it a very elegant place and a place dear to the family owners.

The Mallorcan architects GRAS Reynés Arquitectos, together with House of Sanz and the Stackelber & Co team, are in charge of this new chapter in the reforms of the Pont i Vic building.

The proposal made by GRAS includes the recovery of the historical elements of this building, such as the façade and the interior courtyard that are characteristic of Mallorcan baroque stately architecture. We have paid special attention to the forging elements found in pillars and handrails, and to the restoration of the Marés stone - characteristic for the constructions in the Balearic Islands - the main component in most of the structure. These elements have been combined with other more contemporary elements, such as the construction of a superstructure in steel and usage of lighter materials for the foundations of the building.

We will continue to keep you updated about the progress of this project, as well as the remains found in its basement.

Have a look at Pont i Vic by clicking here. 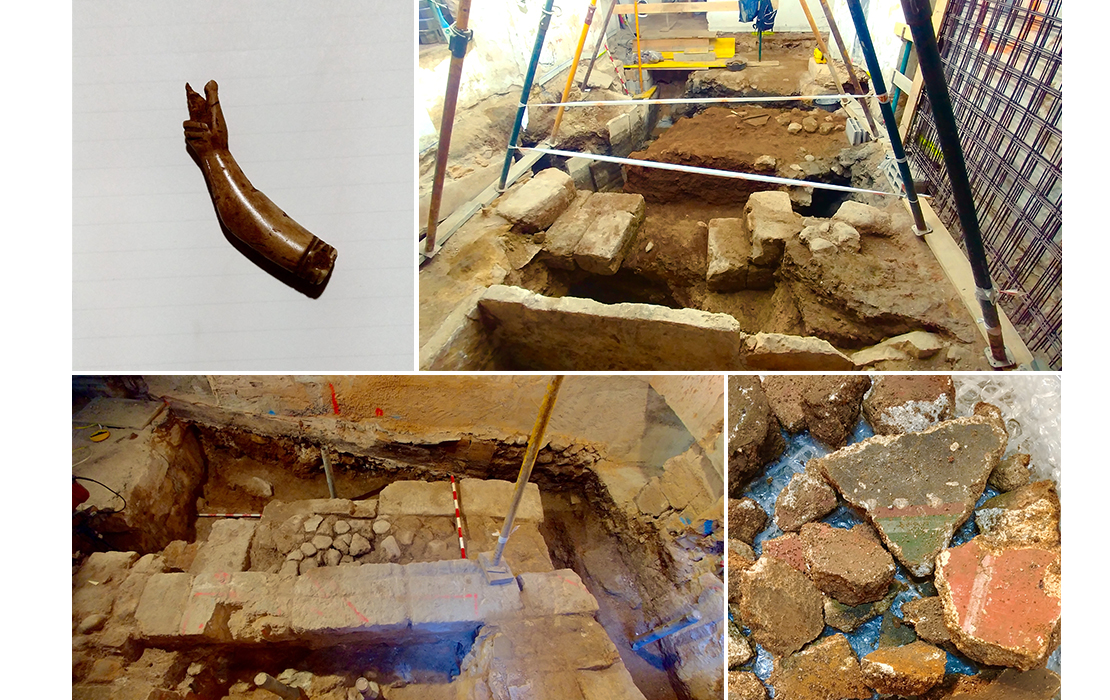