At the invitation of Hristo Stoichkov, GRAS Reynés Arquitectos had the opportunity to introduce three proposals for three stadiums in Bulgaria, two of them in the city of Sofia and the third in Plovdiv.

The presentation was attended by Prime Minister Boyko Borisov, Sports Minister Svilen Neykov and Stoichkov himself. The cost of the new facilities will be around 450 million euros, plus another 100 million euros to build them.

The proposal presented for the National Stadium, under the name of ROSE ARENA, will be located next to the airport of Sofia and will have a capacity of 40 thousand spectators. It will house hotels, shops and recreational areas.

The proposal for CROWN OF SEPTIEMVRI will have a capacity of 15 thousand spectators and will have a park and a shopping center.

Finally, the proposal for OLIMPIC TREASURES ARENA, in Plovdiv, will have a capacity of 25 thousand spectators and will have facilities for different sports, such as athletics, swimming, tennis, among others. 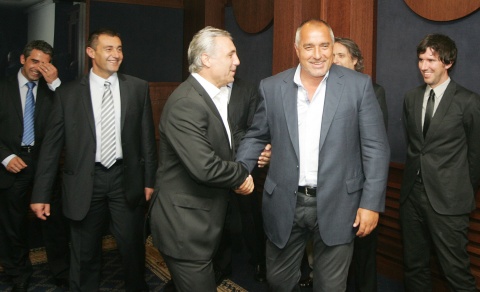 Take a look at the projects for more information: