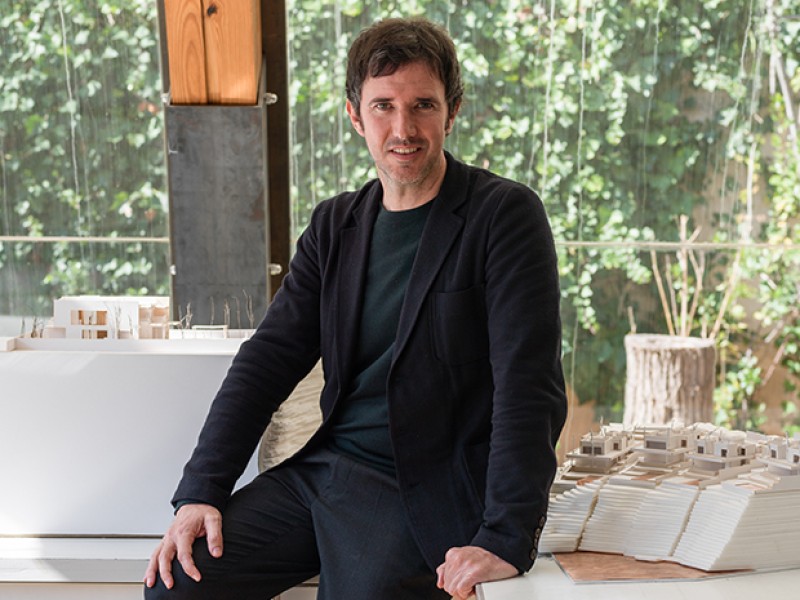 Guillermo Reynés is the architect director and founder of GRAS-Reynés Arquitectos, a young firm with great projection in the field of architecture and urban design.

Guillermo Reynés graduated in architecture from the University of Navarra, and later began his professional career collaborating in several internationally renowned architecture studios, such as the Carlos Ferrater studio in Barcelona and the Dutch MVRDV studio in Rotterdam.

GRAS-REYNÉS ARQUITECTOS develops its activity mainly in Spain, although with a growing international presence. Its work covers different fields of architecture, from the construction of housing to the creation of multi-family blocks, through hotels, office buildings or urban design.

In 2008 GRAS won the international competition for the new Ecocity in Montecorvo (Logroño, Spain). A highlight for GRAS architects that gave international attention to the firm. In 2016, the studio was invited to participate in the "Time, Space, Existence" exhibition at the 15th Venice Biennale of Architecture. Recently, in 2018, Guillermo was awarded with the 40 UNDER 40 Europe Design Award, being considered as one of the 40 best emerging architects in Europe.

Another important aspect in the professional development of Guillermo Reynés is his career as a lecturer at numerous institutions such as the CEU University of Valencia, the IAAC (Institute of Advanced Architecture of Barcelona) and the Architecture League in New York, among others.