NUBE ARENA awarded 2nd prize in the architectural competition for a new auditorium in Murcia, Spain.

On January 31st, were announced the winners of the Ideas Contest proposed by the Consistory Torreño for the Construction of a New Auditorium and Arts Center.

The proposal chosen by the Mallorcan architecture studio, GRAS Reynés Arquitectos, together with SOU FUJIMOTO, it has been the cultural building: NUBE ARENA. Which has been awarded second place in the competition.

Chosen to be a new cultural reference, NUBE ARENA seeks to achieve a fusion between the auditorium programme, developed in the building, and the public space. The latter is three-dimensional and continuous, and intertwines with the building, creating a platform for meeting or gathering for people.

Take a look at the project by clicking here. 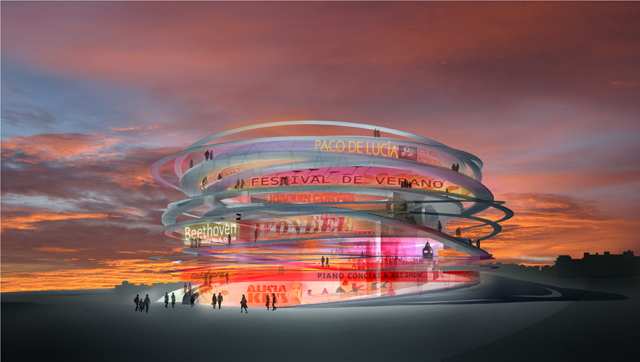