LA PORTELLA, new life for an historic building in the heart of Palma de Mallorca

The building is an eclectic combination of a traditional Palma house with Venetian and Moorish influences, result of the 1985 intervention in the house by the previous owner, the reputed Spanish painter Joaquín Torrents, an enthusiast of Venetian architecture and of the Moorish style so typical from Venice. Mr. Torrents wanted to reproduce in his Palma house the atmosphere he experimented in Venice during his frequent visits to the city. 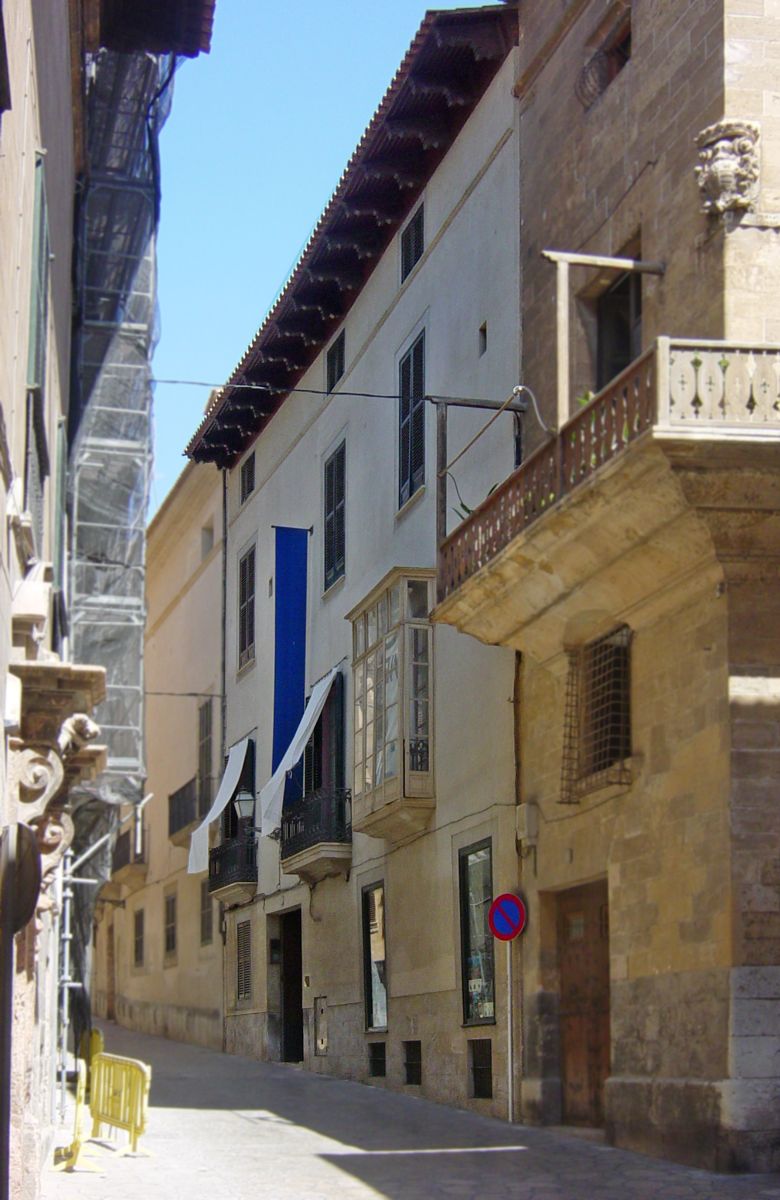 Located between Portella and Can Serra streets, the house became, after the unfortunate painter Torrents decease at the age of 42, a museum dedicated to his life and work. Short after the closure of the museum the house entered a period of abandon and decay.

The restoration project gives a new life to the building, a new use adapted to present times while keeping the soul, essence of the original structure and most important the peculiar Moorish-Venetian style. A new hotel-oasis of 12 rooms, 12 homes. 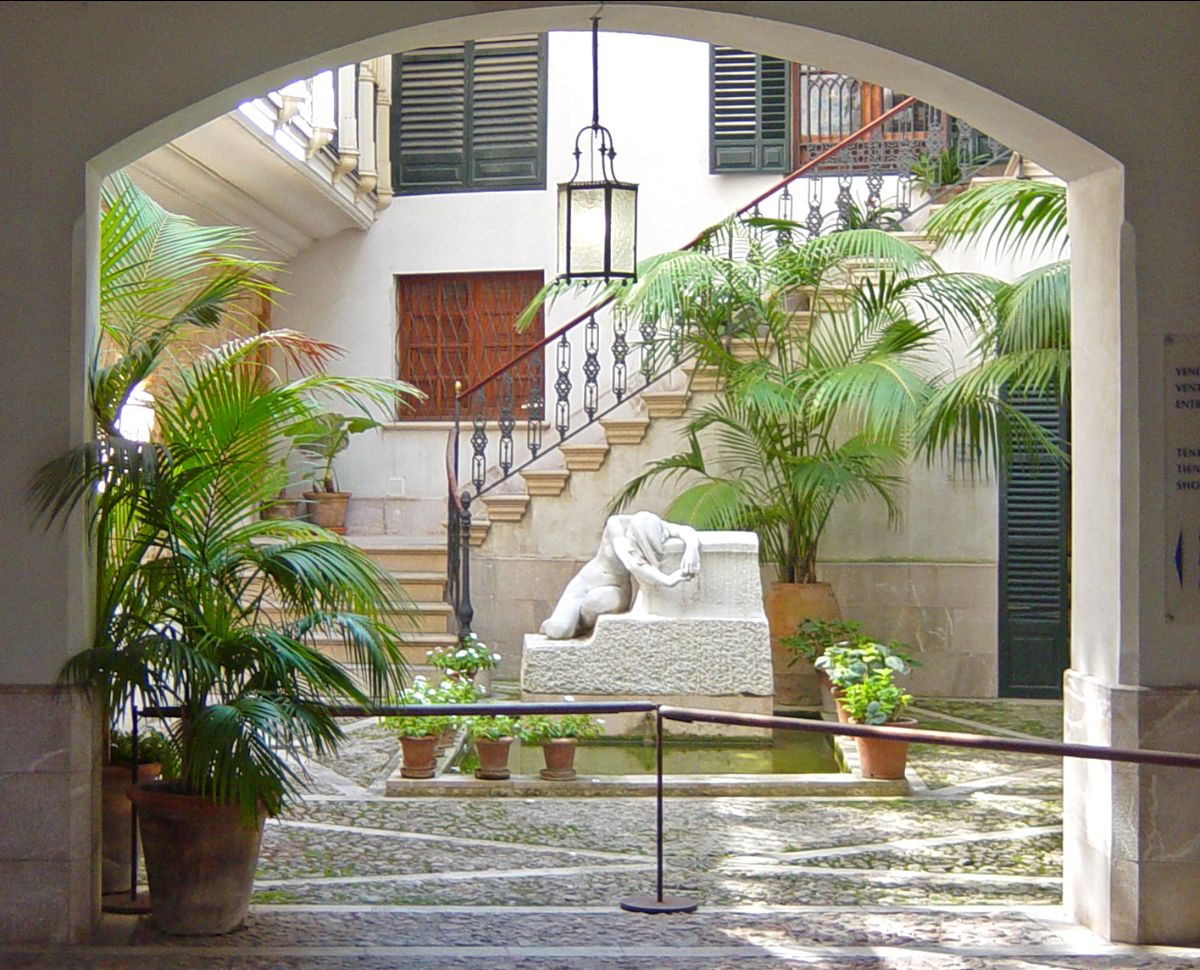 As mentioned before, the house is a peculiar example of an historical Palma house. Palma's old town houses have always in common certain element such as the central patio visible from the street. It is a peculiar example due to the interventions mentioned before, first home-atelier and then museum, which turned the house into an attractive eclectic mix of styles, mostly Venetian and Moorish.

The restoration project puts in value the original traces of the building, mostly the patio and the circulation and connection between the different spaces.

The patio, central element, legacy of the roman domus, is the heart of the building, space visible from the street through the iron gate and the portico, both traditional elements of the local architecture, where the patio is always visible but not accessible from the street, sharing visually with the city the space. The ground floor of the building, public areas of the new use, open up to the patio, connecting the interior with the exterior but keeping the original scale of the spaces.

A unique element of this building are the Moorish galleries, typical from Venice, that cross the patio at different level and connect both cores of the building, Portella and Can Serra, creating a unique, sometimes confusing circulation.

Rooms are allocated on the first floor, the “noble floor” of the old house, high ceilings and big windows. Most of the valuable elements of the house such as Venetian doors, fresco paintings, fireplaces and coffered ceilings are found at this floor. These elements are kept and positioned in the hotel. Each room is designed as a small house, all of them different in size and typologies, following the layout of the original building. Penthouse rooms have roof terraces with and unique view to Palma roofs cape of churches, historic buildings and to the Arabic baths and gardens, a unique historic monument legacy of the Arabic period.

Materiality of the building stays within the existing, replacing sold damaged materials with ones with the same aesthetics and performance. Natural local materials with a high component of sustainability: hydraulic tiles, terracotta, natural stones etc. 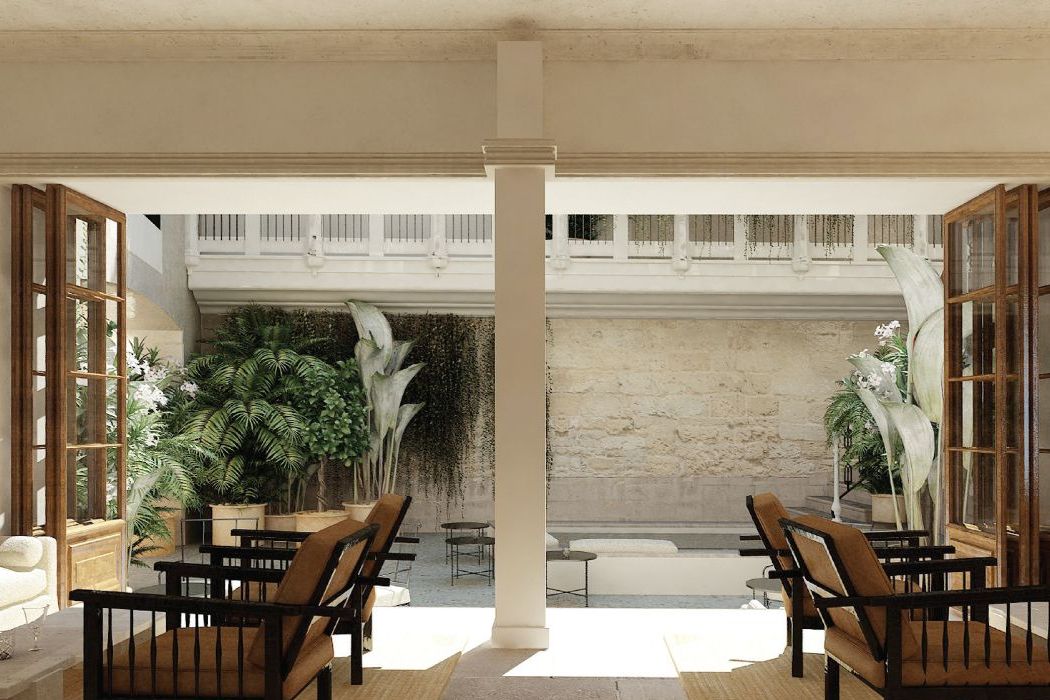 LA PORTELLA is a GRAS Reynés Architecture Studio project designed together with Festen Architecture, an interior design company based in Paris.