GRAS architects together with Zagreb architect Jana Culek: BRING THE DELTA BACK TO THE CITY

Rjecina river and delta present an opportunity to develop XXI century Rijeka Rjecina river is a border inside the city: Historically a political border, limit between 2 countries, present days still a clear barrier that breaks the urban pattern of the city.

The river and delta become an opportunity to link the city and make that border disappear.

River and Delta can be understood as a green corridor to connect the center and the future delta development to the city main cultural poles: The old Hartera paper factory & Trsat castle.

To include Rje?ina river axis into the delta operation, seems the right urban strategy to consolidate the city. The river can act as a main hub of connection between the 2 parts of the city, and as an important access to the Hartera paper factory and the Trsat castle. While the Trsat castle represents the historical city, a touristic monument, urging a clear connection to the city center, the old Hartera paper factory traces the industrial past, and it is being succesfully turned out into a new cultural attraction by the new generations. Hartera is a very active cultural venue in the city offering concerts, exhibitions and workshops.

“BRING THE DELTA BACK TO THE CITY” zooms out from the given delta itself and proposes to rethink the city. 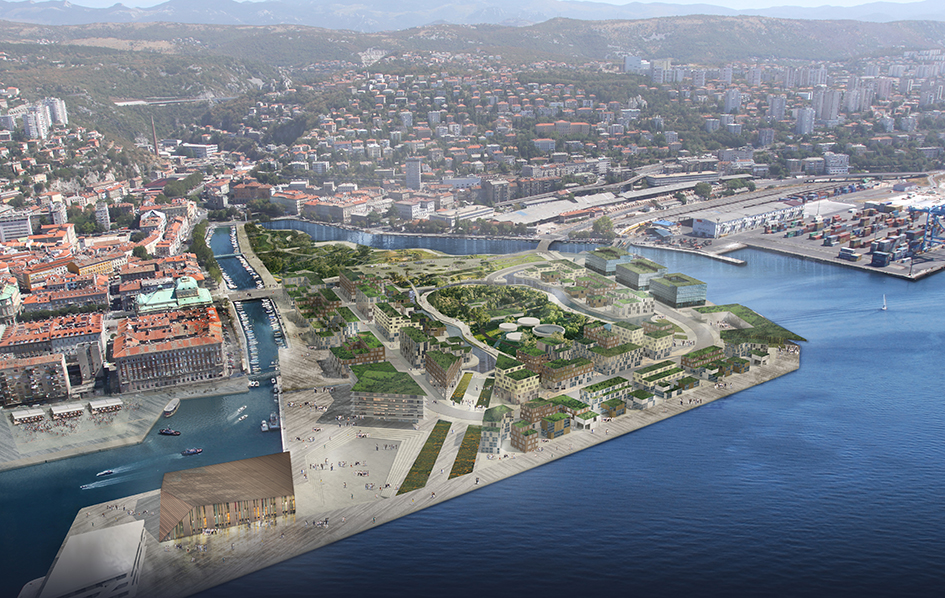 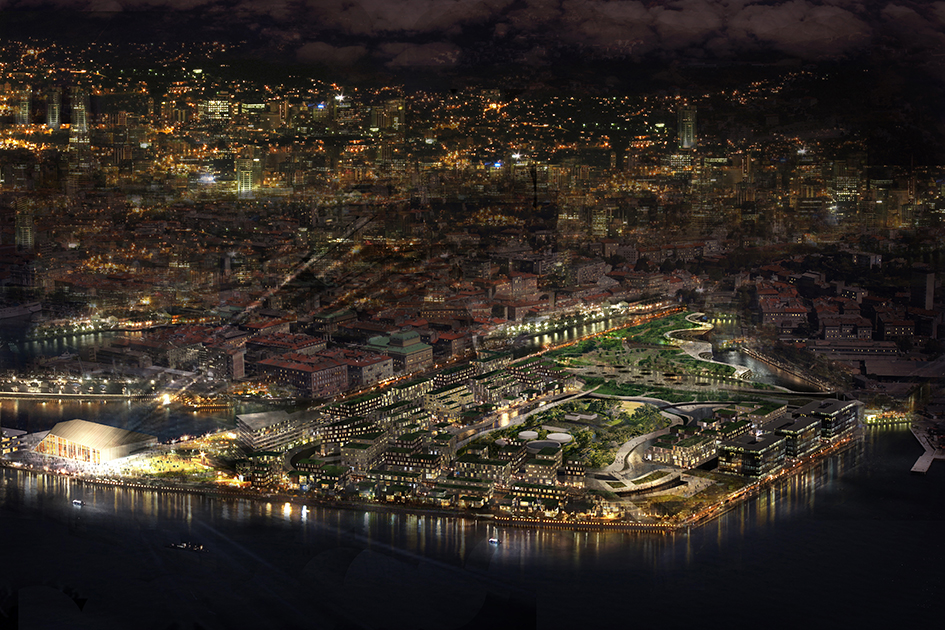 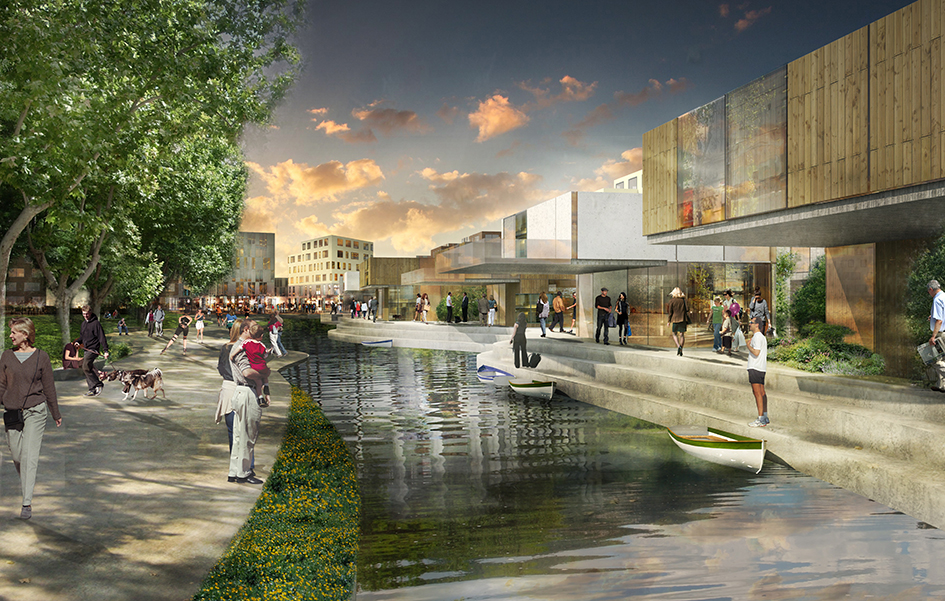